Legos are a toy staple, necessary for any kind of decent childhood. Memories of building tall towers (to knock over), cars with mismatching wheels (to knock over towers with), and of course, stepping on the sharp, pointy corners of Lego pieces from the aforementioned tower with your bare feet (as the Legos take their revenge upon you). Some of you may still have your storage bins of Legos, unable to part with such an integral part of your younger years, and possibly to the dismay of your significant other who just doesn’t understand and won’t stop rolling their eyes when you say that you’re going to use them. Well, here’s your big chance, with 34 ways to reuse your old Legos. We hope you make them eat their words, accompanied by a lovely Lego flower centerpiece (see below).

Nothing says nerd like a computer made of Legos

Legos give new meaning to a knife block

Found at Dad VS Wild

I see what you did there

All work, and no play? No way!

You don’t get much more kid friendly than this

Lego bracelet ound at Cut Out and Keep

Found at Studs and Buttonholes

Some ways to display your Legos that isn’t your floor

Let Lego shed some light on the situation

They can clean up your act

Instead of stepping on them, step up their game

Bust out some Legos for some serious tunes… yo

Don’t be afraid to find new ways to play!

Learn to spell with Legos Found at Kids Activities Blog

Get Social with Big DIY Ideas 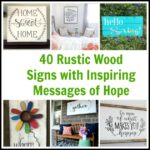 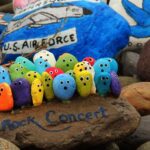 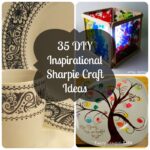